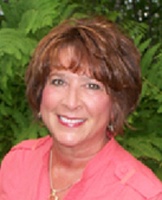 Picture Ruby with her hair on fire! Yup, that’s her every morning when she bounds out of bed and heads for her home office. Ruby thanks her lucky stars that she’s a full-time writer and a part-time matchstick. Although, there is a hint of a bulldog somewhere in there, too. Once she sinks her teeth into something, there’s no turning back until it works. Her husband says she reminds him of that little mouse who stares up into the sky at a swooping eagle (this would be the mouse with the middle finger up), daring that darn bird, and just about anyone else, to screw up her day when she’s got writing on the brain.

Ruby loves to write, plain and simple. So much so that she took a leap of faith in herself and quit her “professional” job, stuck her butt in front of a computer, and finally discovered what brings her true happiness in the wilds of Minnesota.

Most people who fantasize about strange people and occurrences are sitting on the sixth floor of some psychiatric hospital. Not Ruby—she gets paid for it!